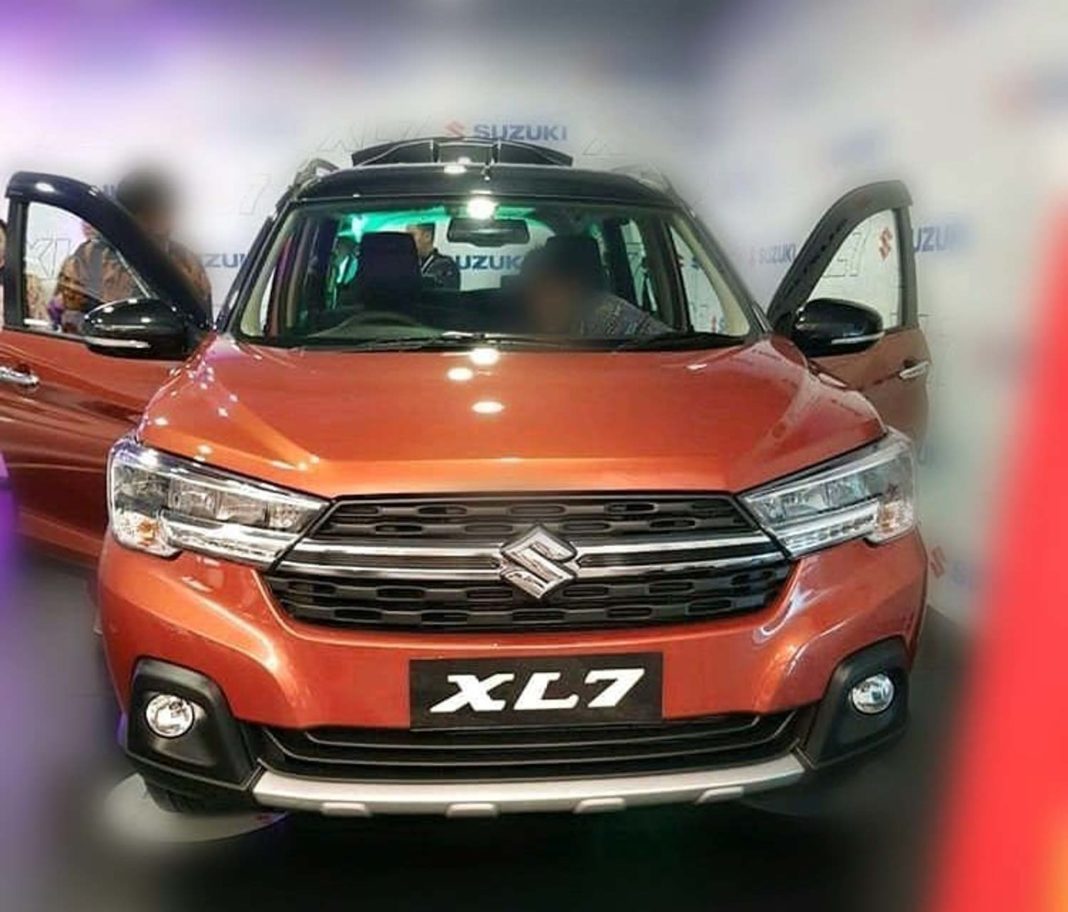 Following its spy shot debut just a while ago, the Suzuki XL7 has now been displayed at a private event in Indonesia revealing the design and interior details. The prices have also been leaked giving us a complete dose of the more premium variant of the Ertiga MPV. Only a few months ago, Maruti Suzuki introduced the XL6 and with exterior and interior updates, it is sold only through Nexa dealerships.

The Japanese manufacturer appears to be going lengths to leverage the popularity of the Ertiga nameplate and thus the XL7 comes as a more upmarket alternative for the Indonesian buyers. The front fascia is almost identical to the XL6 with the presence of sharp headlamps flanking the dual silver horizontal slats, black accented fog lamp housing and faux skid plate. 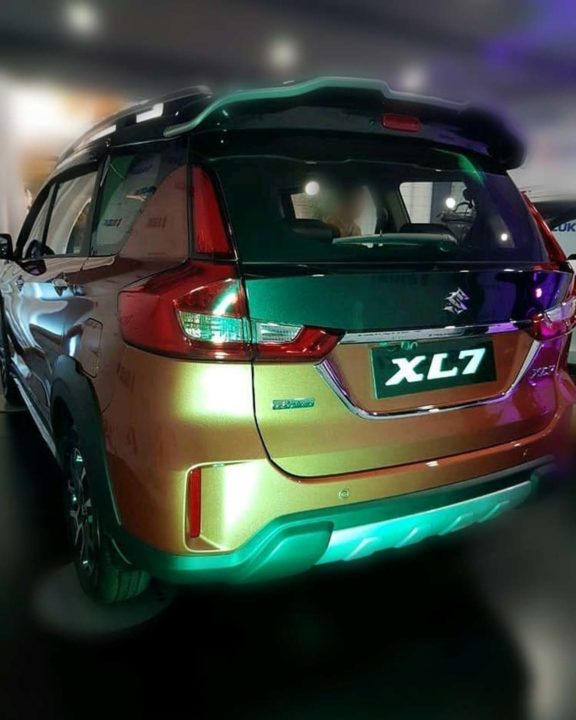 Even the integrated LED Daytime Running Lights, horizontal central air dam elements look similar but the silver grille inserts are opted out in the XL7 for a completely black unit. It must be noted that the Suzuki XL7 has dual-spoke 16-inch alloy wheels in a different design and the integrated rear spoiler makes for another unique trait.

Suzuki will be offering dual-tone colour schemes with the XL7 as the base body paints like orange and red get contrast black roof, wing mirrors and pillars. On the inside, the black theme continues and the middle row is a regular bench to accommodate three abreast unlike the second row captain seating arrangement in the XL6. 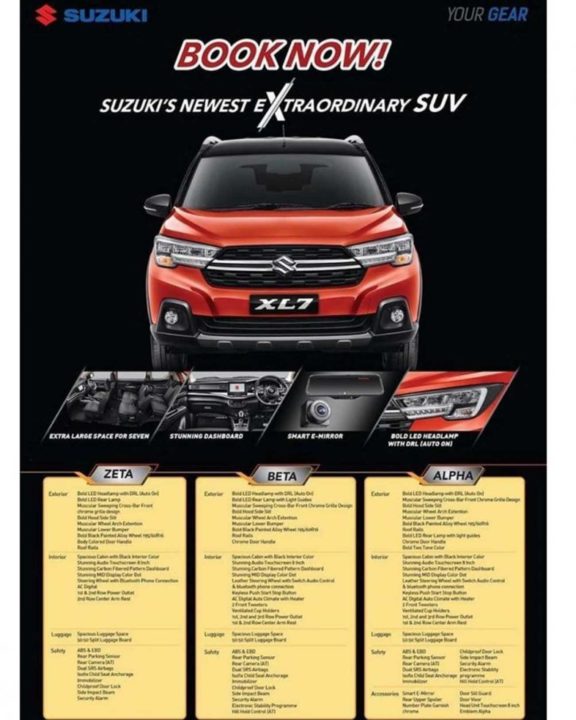